HOW CONCRETE CAN INCREASE THE VALUE OF YOUR PROPERTY?

Bricks and mortar remain among the best investments to make over the medium to long-term.

While savings accounts offer little return for your cash and the stock market is prone to wild fluctuations, the value of property has risen consistently for decades.

Rather than watch savings lose value over time, it’s a sensible policy to invest in improvements to property.

Some changes might bring pleasure and enjoyment to a homeowner, but don’t offer much in terms of increasing the value of their house or business premises.

On the other hand, there are renovation projects that can make a significant difference.

It might be less obvious than other types of renovation, but there are several ways concrete can add real value.

Over time, surfaces like patios, driveways and forecourts can easily become worn and neglected.

It doesn’t matter how many times you clean and maintain them; the passage of time eventually means they can’t easily be restored.

Footfall, vehicles and general wear and tear all mean a more comprehensive solution is necessary.

It’s a job that often gets overlooked compared to more glamorous projects, but resurfacing is one way to immediately add value to your home.

Not only will it improve the aesthetics and kerb appeal of your property, it also makes a tangible difference to what its worth.

It might also give you an edge in the property market.

Knowing that a driveway has been recently resurfaced will be one less job for a new owner to take care of.

Normally thought of as a utility material suitable for driveways, foundations, car parks and other structural uses, it is being considered as a design feature in its own right.

The minimalist, stripped back and industrial design trend is about exposing the structural bones of a building with mixed concrete often being used as a flooring solution.

Decorative concrete has been used for decades since a Californian contractor called Brad Bowman began experimenting with etched designs in the 1950s.

He would later work with coloured additives to help produce patterns and textures.

It was used a great deal, particularly in the US during the 1950s and 60s, and has come in and out of fashion since.

Concrete is enjoying a renaissance at the moment and is frequently used for partition walls.

Chosen alongside contrasting materials like wood, it can make for striking interior design that revitalises your home and give it an added edge. 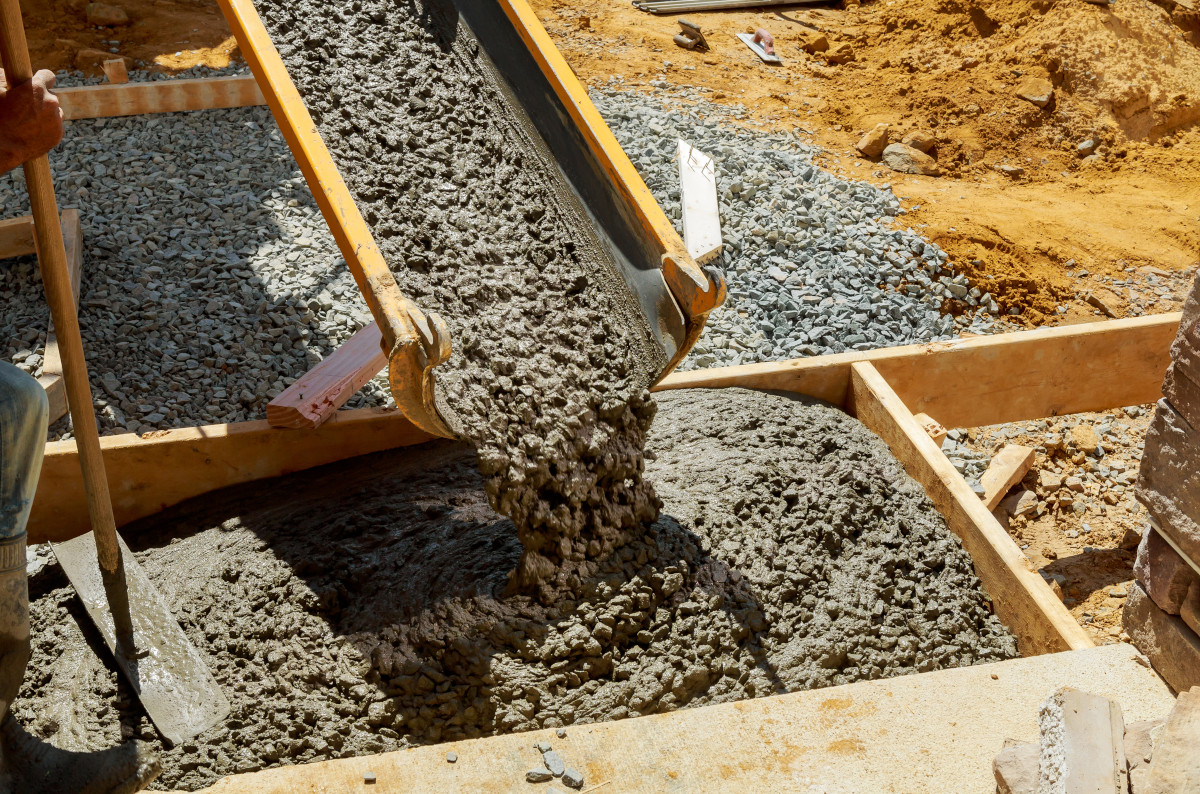 A kitchen is the heart of a home and increasingly people are demanding more from them.

The trend for open-plan living shows no sign of slowing down with stylish kitchen spaces integrated into the overall plan of a living area.

This means that they demand a high design specification.

The materials used have to earn their place in the build, and it’s now more common to opt for concrete.

It fits in well with a preference for stripped back and industrial themes, and has a high utility value. Concrete used in your kitchen not only looks great, it also adds value to your home when used for:

A feature fireplace adds real value to a home.

They can also be a selling point in a crowded property market.

Polished concrete is an excellent material for one; it’s strong, heat-resistant and durable.

It’s also extremely versatile, meaning that it can be used to create completely bespoke fireplace designs.

The smooth, polished finish of concrete is ideal for contemporary designs.

Pairing it with other materials can make it suitable for other kinds of interior finish.

In fact, the possibilities are endless.

A bespoke, custom-made concrete fireplace is one way to increase your home’s value. 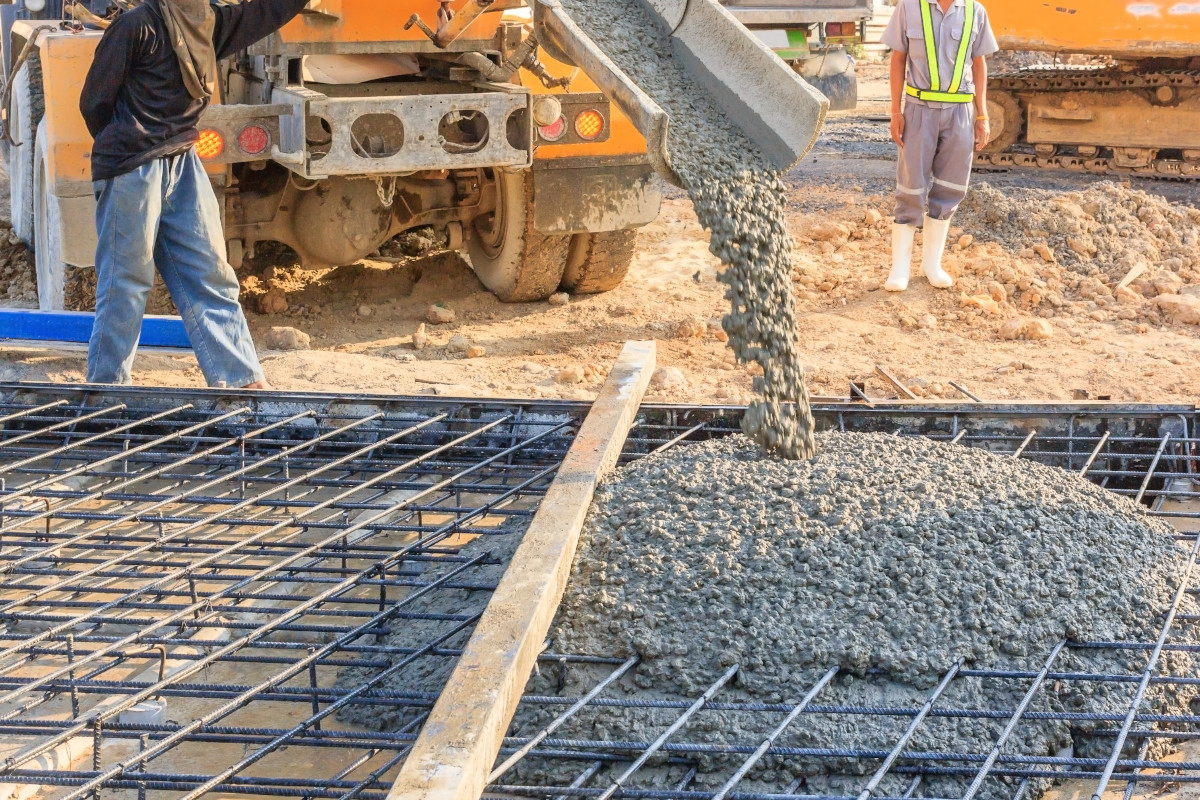 Concrete has any number of uses in the garden, many of which make your property more appealing to potential purchasers.

A trend for outdoor pizza and bread ovens has been hard to miss, with concrete a popular material for their construction.

It might not be at the top a list of priorities for your home, but for many people they represent the good life.

Estate agents report that added features like a pizza oven can tip the balance when it comes to making a quick sale.

So, there you have it.

Concrete can play an important role increasing the value of a property, making it not only easier to sell but also more appealing.

Goodmix Concrete is a leading supplier of concrete across the north west.

Why not get in touch to discuss your project and find out how we can help add value to your home?

NEWSFIVE REASONS TO CHOOSE READY-MIX CONCRETE.Ready Mix Concrete   You can’t underestimate the importance of using high-quality materials when it comes to construction projects.   What might look like an easy way to cut costs can result in the finished job being...
Read More

HOW CONCRETE CAN INCREASE THE VALUE OF YOUR PROPERTY

NEWSHOW CONCRETE CAN INCREASE THE VALUE OF YOUR PROPERTY?Increasing Your Property Value   Bricks and mortar remain among the best investments to make over the medium to long-term.  While savings accounts offer little return for your cash and the stock market is...
Read More

HOW DO I KNOW HOW MUCH CONCRETE TO ORDER?

NEWSHOW DO I KNOW HOW MUCH CONCRETE TO ORDER?How Much Concrete to Order?   Whatever job you’ve got planned, it’s always important to order the correct quantity of materials. That definitely applies where concrete is concerned. Ask for too little, and you’ll have...
Read More