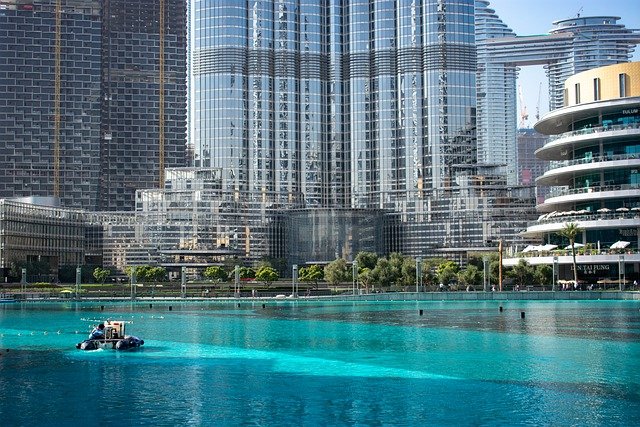 It’s no exaggeration to say that concrete has played an important part in world history. Its history stretches back centuries, and over the years it has developed to become one of the most dynamic, strong and reliable ways to build big. With recent developments in concrete technology, some of the world’s biggest building projects now make use of concrete.

It used to be believed that the Romans invented concrete. They certainly made use of it, but its history actually goes back much further. The earliest recordings of man-made concrete structures dates all the way back to 6500BC, and a group of traders known as the Nabataea, in regions of Syria and Jordan.

So, for 8500 years at least, people have been building in concrete. The Nabataea might not have been building monumental structures, but they were genuine innovators who blazed a trail for all the incredible concrete projects that have come since.  In fact, it was their ability to build in concrete that helped these nomadic tribes create a civilisation in the desert.

Modernist architecture often gets a bad press in the UK, but around the world it was associated with contemporary living and freedom. While most UK cities will include some post-war buildings made of concrete, in India, there’s an entire city planned and built from scratch that used concrete.

Chandigarh was one of the first planned cities in post-independence India. The master plan was created by Swiss-French planner Charles Corbusier and is now home to 1.6million people. Striking concrete buildings are laid out in a grid pattern, with large areas of green space incorporated into the design. It was recognised in 2016 as a UNESCO world heritage site.

Since its development it has been a real success story. It’s now one of the wealthiest cities in India, with many high-tech businesses relocating there. It’s also one of the cleanest, with higher standards of health and wellbeing than in many older cities across the country. Chandigarh is a modernist concrete miracle.

The highest concrete structure in the world

All these centuries on, the Middle East is also home to the world’s largest concrete structure. The truly jaw-dropping Burj Khalifa in Dubai is not only the world’s tallest concrete building, but also the tallest man-made structure on the planet.  With a total height of 828 metres (excluding the rooftop antenna), it has 163 floors, as well as the world’s highest observation deck, restaurant, swimming pool and fountain.

It was topped out in 2008, with the interior fitted out over the next couple of years. It opened for business in 2010 and was originally conceived as a private residential apartment block, but a luxury hotel run by the Armani fashion group now operates on 15 of the 30 lower floors.

To protect against the relentless summer heat, this awesome structure is covered in almost 25,000 cladding panels. Once, the tallest skyscrapers on the planet were made from steel, but with new construction techniques, concrete is increasingly the material of choice for these epic buildings.

The Burj Khalifa may well be the tallest concrete structure in the world, but by surface area the biggest is the Three Gorges Dam in Hubei Province, in China. Construction began in 1994, and at the time it was the largest and most ambitious engineering project the planet had ever seen and took 12 years to complete.

The dam is 2,335 metres long, with a maximum height of 185 metres.  It incorporates a staggering 28 million cubic metres of concrete. Large areas were submerged as a result of the dam being built, creating a deep-water reservoir that can be traversed by ocean going freighters.

Hydroelectric generation began in 2003, and by 2012 all the dam’s 32 turbines were in action. Those units, along with an additional 2 generators, gives the Three Gorges Dam the capacity to generate 22,500 megawatts of electricity. This easily makes it the most productive hydroelectric dam on the planet.  It was concrete that made it all possible.

Reinforcing the scale and ambition of the Three Dam Gorges project is the second world record that it holds. As well as being the largest concrete structure by surface area, it’s also the heaviest.

Over recent years, China has become the world’s undisputed concrete superpower. China pours more concrete every two years, than the US poured during the whole of the 20th century.

China is also home to the world’s longest fixed link. The Hong Kong-Zhuhai-Macau Bridge is a 55 km long bridge-tunnel system linking the three major cities on the Pearl River Delta. It’s an incredible 20 times the length of San Francisco’s Golden Gate Bridge. It took nine years and £14bn to build the awe-inspiring structure that snakes between bridges, artificial islands and tunnels. It was designed to last at least 120 years and cost127 billion Yuan (£14.6 billion) to complete.

Dams play a vital part in the infrastructure projects of fast developing nations. In India, the Polovaram Dam project, Polovaram, Andhar Pradesh has seen the world’s largest continuous concrete pour. An incredible 32,315.5 m³ of concrete was poured in one continuous session on the 7th January 2019.

It’s an indication of just how increasingly important concrete is in large scale construction projects that the previous record was beaten so quickly. This took place in Saudi Arabia in April 2017 and was poured during the construction of a shopping mall. The pour lasted 62 hours and took 140 individual trucks to deliver the concrete. 20,246m³ of concrete was poured, with four construction companies and 622 construction workers on the job.

How long will this latest record last?

The UK may not currently be building infrastructure projects on the scale of China or India, but 2019 did see the UK’s longest ever concrete pour. It took place at Hinkley Point in Somerset, where 9,000m³ of concrete was poured to provide the base for the new nuclear reactor, beating the previous record at the Shard in London. The base has been reinforced with 5,000 tonnes of Welsh steel.

Modern engineering is making some truly breathtaking projects achievable and concrete is playing a key part in their construction. In the Swiss Alps, an incredible project has taken a railway line 2.3km below a mountain. The Gotthard Base Tunnel runs for 57km and its construction required the extraction of 28.2 million tonnes of rock. The project was made possible by the innovative use of strong, versatile, high-tech concrete.

The tunnel forms a part of the Alpine Initiative which was adopted by the Swiss government in 1994. This project aims to protect the country’s natural landscape by reducing the reliance on the car. The project shows how concrete can play a part in the shift towards more sustainable economies and transport systems. What once was impossible is now reality as a result of advances in concrete technology. It also highlights the positive role that concrete can play in helping the world move towards a more sustainable future.

Huge scale concrete infrastructure projects require massive pieces of equipment to make them possible. The world’s largest concrete boom pump was created by Putzmeister America and features 227 feet of vertical reach and 212 feet of horizontal reach. For maximum flexibility it features a five-section Z-fold boom and has a 59-foot outside turning radius. The 10 axles comes off the ground to steady its 176,000 pound weight.

They may not have the scale of some of the large concrete infrastructure projects around the world, but increasingly concrete is again being used to create some of the most beautiful new homes on the planet. Norwegian architect Carl Viggo-Holmebakk has created a stunning, three story concrete house overlooking the largest lake in Norway.

External cantilevered concrete staircases connect the three-story building, creating a labyrinth style structure of terraces. With a sun deck, lots of light and stunning views across the lake, the home is a truly beautiful modern building that showcases how versatile concrete can be.

Concrete is being rediscovered as a building material for homes, with the latest developments in the material helping to create long lasting and attractive buildings. At the height of high-tech developments is 3D concrete printing. Concrete is in effect ‘printed’ to a digital plan, allowing for structures to be put together very quickly. It’s now being used as a means to create temporary homes for people who have lost them due to a natural disaster. New concrete housing projects are now being planned across the world to create attractive, modern homes for large numbers of people.

The strength and versatility of concrete is long established, but now with high-tech developments in the industry, concrete is becoming even more vital to large scale global infrastructure projects.

Currently on the drawing board are some even bigger projects that are set to begin over the next few years. From Nigeria to Australia to the UK, concrete is the building material that makes transformative infrastructure projects possible. 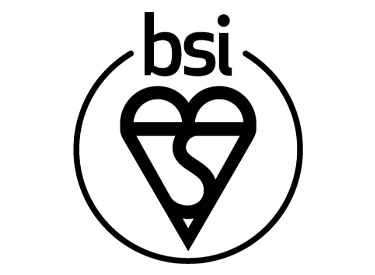